Flipping Your Main Residence: Is a Change Imminent?

UK residents who own more than one home can currently decide which of those properties is their main residence for tax purposes. This means they can claim “Private Residence Relief” (PRR) on that property so that they are not liable for any Capital Gains Tax (CGT) when they come to sell it. But this current system has been open to abuse as the homeowner could choose to “flip” which residence was their main one to exempt themselves from any CGT liability, particularly when one of their properties was being sold. However, the rules around flipping your main residence look likely to change soon as there is a consultation underway that could mean that HMRC decide which is the main residence and the ability to “flip” would no longer be possible. 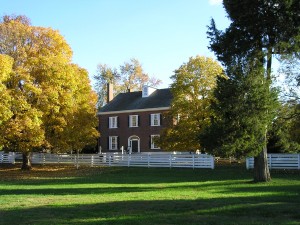 The reason behind these proposed changes is that the Government wants to impose a tax on profits from UK property on those owners not resident in the UK; removing any tax exemption from non-residents for the first time. It is assumed that any UK property cannot be the main home of a non-resident although there will be certain exceptions such as when a person emigrates from the UK and subsequently sells a property that had been their main home. A recent consultation paper on this issue, however, has revealed that in order to implement such a change in a fair way, HMRC would also have to remove the tax exemption for UK residents with more than one home.

It has been common practise for those with more than one UK home to change which home is considered the main residence to suit their personal circumstances and minimise any tax liability. However, deciding which home is the main residence is not always straightforward as a significant number of people live in the city during the week and in a country home at the week-end. In such cases they may be required to keep records proving how long they spend in each home as well as other information.

HMRC already make decisions in primary residences for those people who do not choose to elect a main residence and it is not always based solely on the amount of time spent in one property but on a number of other factors too.

So, essentially, there are two possible ways that HMRC could determine which residence is the main residence:

Currently UK taxpayers pay CGT at a rate of 28% and the government wish to charge non-residents an equivalent rate, including applying the annual exempt amount (currently £10,900).

Note that the process will allow for any loss made on the sale of a property for both residents and non-residents.

The government is also considering including certain funds and companies in this tax regime when they sell any residential property in the UK.

The preferred method of collecting capital gains tax from non-residents would be a withholding tax system when a property is sold that identifies the seller as a non-resident, in a way that a number of countries such as Spain, Australia and Canada already operate for non-residents. The Stamp Duty Land Tax (SDLT) process already works this way in the UK.