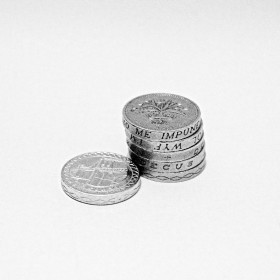 From October 2013 the National Minimum Wage for workers in the UK has risen as to the following rates:

This is an increase of 12p an hour for adults aged 21 and over and of 5p an hour for 18- to 20-year-olds resulting from recommendations made by the Low Pay Commission (LPC), an independent body established in 1998 to advise the UK Government about the National Minimum Wage.

The LPC advised the Government to retain the existing Apprentice hourly rate but that has, nevertheless, also been increased by 3p per hour as a result of evidence that some employers are not paying apprentices the relevant minimum wage. An enforcement programme is also being introduced to prevent employers from paying less than the legal minimum to apprentices.

Research by the Chartered Institute of Personnel and Development (CIPD) suggests that most employers support these increases to the minimum wage to improve the living standards of low-paid workers.

Tips or any other type of gratuity cannot be included as part of an employee’s income for the purposes of satisfying the minimum wage requirements; it is the employee’s basic pay that must meet the requirement. However, if an employer provides accommodation then this can be taken into account when determining whether the minimum wage rate is being paid at a set daily figure of £4.91 (as of 01 October 2013).

Employers are also obliged to retain payment records for three years for each employee to prove that they are paying the National Minimum Wage.

If you would like help or advice on any aspect of complying with the minimum wage regulations then contact the Tuchbands team of Tax Advisors and Accountants in North London on 020 8458 8727 or info@tuchbands.com.