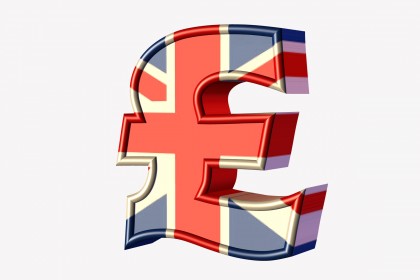 What to Expect from Philip Hammond’s First Autumn Statement

The Autumn Statement is an annual statement produced by the Chancellor of the Exchequer, about the government’s plans for our economy. It is very similar to the annual Budget, only it tends to be shorter and the changes being announced are usually less significant.

This year, the Autumn Statement will be made by Philip Hammond, who succeeded George Osborne as Chancellor of the Exchequer. This will be Mr. Hammond’s first Autumn Statement and will take place on November 23rd, 2016.

How Long Does the Autumn Statement Last?

Judging by the history of the Autumn Statement, it’s hard to predict how long Mr. Hammond’s will last. The statement usually takes place right after Prime Minister Questions, and there is no specified time limit.

In 1867, Benjamin Disraeli delivered the shortest ever Autumn Statement, which lasted only 45 minutes. However, in 1853, William Gladstone took a full four hours and 45 minutes to finish his.

What Will Philip Hammond Say?

The question on everybody’s lips is “what can we expect from Philip Hammond’s Autumn Statement?” This is a very tricky question, particularly considering that this will be the first major financial event for our government post-Brexit.

We don’t have any solid way of knowing what will be included, but some of his comments regarding the event definitely give us clues:

How Much Money is On the Table?

Estimates predict that Mr. Hammond will have as much as £40 billion to spend on boosting the UK’s economy. This is largely because the cost of our government’s debt has fallen since the Bank of England Base Rate was cut, but it is also because the government has had a slight shift in stance on their target of reducing the country’s deficit by the end of the decade – both the Prime Minister Theresa May and her new Chancellor have repeatedly told us that focusing on clearing the country’s deficit by 2020 will be put on the backburner while we manage our separation from the European Union.

Why Have I Never Heard of the Autumn Statement?

If you’re wondering where the term Autumn Statement has sprung from, then it’s probably because it hasn’t always been called that.

The “Autumn Statement” as we refer to it today, has been around in one form or another, for many years. When Alistair Darling was in charge of the Budget, it was called the pre-Budget report, for example. During Kenneth Clarke’s tenure as Chancellor, it was called the Summer Statement.

In fact, the name Autumn Statement disappeared in 1992 and didn’t return until George Osborne renamed it such in 2010, proving the lack of importance ascribed to the name in truth.

What Happened During the Last Autumn Statement?

The 2015 Autumn Statement took place on November 25th and was delivered by the now former Chancellor George Osborne.

During his statement, he announced a lot of the government’s plans in areas such as:

Whatever specifics Mr. Hammond announces on November 23rd, 2016 is impossible to predict with any accuracy, but if this is your first Autumn Statement, you can probably expect most of the above topics to get a mention in some form or another. It remains to be seen though the extent to which these plans will come to fruition, as the shadow of Brexit clouds the both the long and short-term future of the country.