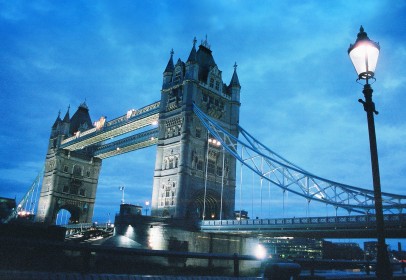 This summary contains a host of Autumn Statement changes that may affect you, your business and your tax planning. Please contact us for more help and advice with your particular circumstances.

Are you ready for Real Time?

This publication was prepared immediately following the Chancellor’s Autumn Statement based on official press releases and supporting documentation. The publication is for guidance only, and professional advice should be obtained before acting on any information contained herein. No responsibility can be accepted by the publishers or the distributors for any loss occasioned to any person as a result of action taken or refrained from in consequence of the contents of this publication.

On 5 December Chancellor George Osborne delivered his third – and arguably most significant – Autumn Statement to the House of Commons, against a background of global economic uncertainty.

With the past year bearing witness to ongoing difficulties in the eurozone, and fears of a double-dip recession in the UK being realised, the Chancellor faced something of a balancing act in his bid to encourage growth while sticking to the austerity programme.

As predicted by economists, the Chancellor announced that growth will be slower and borrowing levels higher than previously anticipated. The Office for Budget Responsibility has significantly downgraded its growth forecasts, with the UK economy set to shrink by 0.1% this year, compared with its previous prediction of 0.8% growth. Public borrowing is expected to reach £108 billion.

Although the Government remains ‘on course’ to meet its first fiscal mandate, the Chancellor will miss the target for reducing the national debt, instead being forced to extend austerity measures to 2018.

Despite this, Mr Osborne argued that ‘turning back now would be a disaster’, and was keen to emphasise that high earners would bear their ‘fair share’ of the load. While ruling out the introduction of a so-called ‘mansion tax’ on high value properties, the Chancellor confirmed speculation that the annual cap on tax-free pension contributions will be cut to £40,000 and the lifetime allowance will also be reduced, with effect from April 2014.

Tax avoidance was another key concern voiced by the Chancellor, with a General Anti-Abuse Rule set to be introduced next year.

In a bid to encourage enterprise and investment, the Chancellor announced some headline measures for businesses, including an additional 1% cut in corporation tax from April 2014, an increase in the Annual Investment Allowance limit from £25,000 to £250,000 for a two year period starting from 1 January 2013, and the creation of a new £1 billion Business Bank.

One further measure likely to be welcomed by both individuals and businesses was the cancellation of the 3p per litre rise in fuel duty planned for January 2013.

In the 2012 Budget it was announced that the tax–free personal allowance for 2013/14 would rise to £9,205. In the Autumn Statement this was increased by an extra £235 to £9,440. Equal gains from this increase will be passed on to higher rate taxpayers who receive a personal allowance.

It was confirmed that all previously unlimited income tax reliefs will be capped at the greater of £50,000 or 25% of an individual’s income. Charitable reliefs will be exempt from this cap.

For 2013/14, there are no changes to the percentage rate of contribution for Class 1 and Class 4 national insurance contributions (NICs). The upper earnings limit and upper profits limit for NICs will increase to stay in line with the higher rate income tax threshold and there are changes to all of the other thresholds and limits.

Most working age benefits will be uprated by just 1% for three years from April 2013. This excludes the disability, carers and pensioners premia in these benefits and the support component in Employment and Support Allowance, which will continue to be uprated by prices.

The Annual Investment Allowance limit will be increased from £25,000 to £250,000 per annum for two years for all qualifying investments in plant and machinery made on or after 1 January 2013.

In the 2012 Budget it was announced that, following consultation, corporation tax reliefs would be introduced for the video games, animation and high–end television industries from April 2013, subject to state aid approval. Under these reliefs, qualifying companies will be able to choose between an additional deduction at a rate of 100% of enhanceable expenditure or a payable tax credit at a rate of 25% of qualifying losses surrendered.

A new income tax scheme for small unincorporated businesses will be introduced for the 2013/14 tax year to allow eligible self-employed individuals and partnerships to calculate their profits on the basis of the cash that passes through their business. They will generally not have to distinguish between revenue and capital expenditure. In addition, and with wider implications for our self–employed clients, all unincorporated businesses will be able to choose to deduct certain expenses on a flat rate basis.

The temporary doubling of the Small Business Rate Relief will be extended for a further 12 months from 1 April 2013.

Subject to consultation, all newly built commercial property completed between 1 October 2013 and 30 September 2016 will be exempted from empty property rates for the first 18 months, up to the state aid limits.

The current basic state retirement pension is £107.45 per week. The Chancellor announced an increase of 2.5% from April 2013, which will see the weekly rate rise to £110.15. The additional state pension (together with some other benefits, particularly for the disabled) will continue to be increased in line with inflation.

Low state pension rates and the availability of significant tax reliefs have encouraged many people over the years to save in pension plans: company pension schemes, group personal pensions or individual personal pensions. For high earners, maximising pension savings has been a part of sensible tax and retirement planning. For some people, an effective tax relief of 60% is achievable before 6 April 2013.

In the past, tax relief on pension savings was limited by capping tax relievable contributions at a percentage of earnings. In more recent years, the Government has set a limit on annual and lifetime pension savings, beyond which tax advantages are, in effect, clawed back. For the current tax year, and for 2013/14, the annual limit is £50,000 gross (the charge is at your marginal income tax rate), and the lifetime limit is £1.5 million (with a charge at 55% on excesses drawn as lump sums, 25% where excesses are drawn as pension). Care must be taken, therefore, and it is particularly important to note that the Annual Allowance applies to the ‘pension input period’ (PIP) ending in the tax year – you may already be in your 2013/14 PIP.

For the purpose of the Annual Allowance Charge on money‑purchase schemes and most personal pension plans, the measured value is the gross amount contributed to the PIP by the individual and, if applicable, the employer. As regards defined benefit schemes, one looks at the year’s increase in benefit.

For the Lifetime Allowance Charge on money–purchase schemes and pension plans, the measured value is the value of the fund when benefits are taken. For defined benefit schemes, it is 20 times the annual pension rate plus the value of any lump sum drawn.

With the economy struggling, there were a range of measures intended to stimulate the private sector.

The new Business Bank is intended to bring together within a single institution the strategy, management and communication of existing government finance schemes for SMEs, and to improve accessibility to those schemes. It is expected to be fully operational in Autumn 2014, though some functions should be operating from Spring 2013.

In the Autumn Statement it was announced that an extra £1 billion of capital will be deployed in an attempt to ‘stimulate the private sector market for long–term capital and address structural gaps in the supply of finance to SMEs’.

Announcements were made concerning a number of initiatives for encouraging business investment and improving access to finance.

The Business Growth Fund, introduced to invest in small business equity, is budgeting to substantially increase its level of investment to £200 million in 2013. Meanwhile, the Business Finance Partnership, which aims to stimulate new non–bank sources of finance, has invested £600 million and raised another £650 million from the private sector to create four new funds that will lend to mid‑sized companies.

The Government will also provide £72 million of follow–on funding for start–up loans.

There were several announcements made with the intention of assisting UK exporters, with the Government stating its ambition to increase exports to £1 trillion and become ‘the number one destination in Europe for new Foreign Direct Investment from emerging markets’.

UK Export Finance (UKEF) will establish a scheme to provide up to £1.5 billion of loans to finance smaller export transactions. This scheme will run until the end of 2015/16. Additionally, UK Trade and Investment – which assists small and medium–sized exporters – will have its annual budget increased by £70 million.

Lord Heseltine presented his report No Stone Unturned on 31 October 2012. It contained a large number of recommendations in all areas of government policy affecting economic growth.

The Government will be making a full response in Spring 2013, but in the Autumn Statement the Chancellor agreed to implement one of the fundamental principles of the report, which is to devolve a greater proportion of growth‑related spending to local areas, via Local Enterprise Partnerships (LEPs).

The 3.02p per litre increase in fuel duty that was planned for 1 January 2013 has been cancelled. The increase had already been deferred from the original planned date of 1 August 2012.

Furthermore, the 2013/14 increase planned for 1 April 2013 will be deferred to 1 September 2013, and for the remainder of the Parliament subsequent increases will take effect on 1 September each year instead of 1 April.

Ahead of Budget 2013, the Government will consult on providing time‑limited incentives through company car tax to encourage the purchase and development of ultra‑low emission vehicles.

Air Passenger Duty rates will increase by the Retail Price Index increase for September 2012 from 1 April 2013.

The Government will consult on expanding the list of Qualifying Investments for stocks and shares ISAs to include shares traded on SME equity markets such as the Alternative Investment Market (AIM).

The Government will provide a £5.5 billion capital package for developing the UK’s infrastructure, as well as support for long-term private investment in areas including new roads, science infrastructure, free schools and free academies.

The Autumn Statement revealed details of the second wave of cities in the Government’s Urban Broadband Fund.

A new General Anti–Abuse Rule will be introduced from next year to provide a new deterrent to abusive avoidance schemes and strengthen HMRC’s means of tackling them.

HMRC recently announced that its activities to tackle non-compliance including avoidance, evasion and fraud will deliver almost £22 billion a year by 2014/15.

The Government will introduce the following five measures with immediate effect:

·         Payments of patent royalties – relief for non–trade payments is to be abolished.

Are you ready for Real Time?

April 2013 sees fundamental changes to the way in which employers and pension providers must report PAYE. Under the new Real Time Information (RTI) system, employers and pension providers are required to submit information to HMRC regarding deductions they have made for PAYE, NICs and student loans when or before each payment is made, rather than at the end of the year.

RTI is being phased in from April 2013, with all micro, small and medium–sized businesses and most large employers and payroll bureaux set to begin sending payroll information to HMRC in real time from this date.

It’s taking time, but the British economy is healing… turning back now would be a disaster

Today after two and a half years we can see, and people can feel in the country, the true scale of this Government’s economic failure

Philip is a Senior Partner of  Tuchbands, a dynamic firm of  accountants in North London. Philip has handled accounts and taxation for a wide range of industries, from property investment through to the fashion industry and in his 35 years has helped hundreds of businesses to thrive in both rising and falling markets.