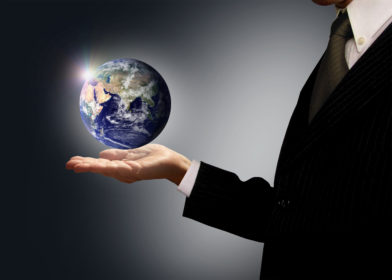 A recent report has revealed that a large proportion of businesses in the United Kingdom are struggling to sell products overseas. This may come as a shock to many, as demand for British goods seems to be higher than it has ever been. So, where does the problem lie?

The report released by PayPal, which was conducted by Ipsos MORI, revealed that just under half (44 per cent) of Britain’s online businesses aren’t selling their products overseas. The survey involved a range of small and medium sized UK businesses, with only 56 per cent of respondents selling to customers that are based overseas. Surprisingly, the study also revealed that British goods are in higher demand than products from any other major European market. So, if demand is not the problem, what is?

Well, the survey revealed that one fifth of respondents deems customs and duties to be their main concern. However, shipping costs and other related expenses were the most significant barrier, with 25 per cent of those surveyed admitting this is the reason why they do not sell their products abroad.

There are then only six per cent of sales that take place in Asia. Again, this does not correspond with demand, as China is one of the countries where British goods are in highest demand. Despite this, only 15 per cent of online businesses in the UK sell to Chinese shoppers, and, to make matters more difficult, only five per cent of these businesses offer Yuan as a currency option at the checkout.

With demand clearly being so high, this represents a fantastic opportunity for small and medium businesses in the UK. However, at present, these companies are struggling to take advantage of this opportunity. They may need to adapt their marketing strategies so that they can engage different types of shoppers abroad.

Nevertheless, as related costs are the main reason why online businesses do not sell their goods abroad, company owners would do well to look for savings on shipping costs. It may be that there are better and cheaper shipping options available to them. If not, there may be other areas of their business where they can cut back in order to make the initial investment on shipping costs to then maximise their profits in the future and open up other markets.

All in all, the huge demand for British goods overseas is waiting to be capitalised, but so many online companies in the UK find themselves unable to do so. If this applies to you, you might want to consider professional financial assistance to overcome this barrier to business growth.