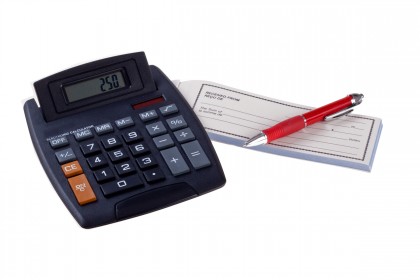 HMRC define the “tax gap” as the difference between the amount of tax that they should be collecting and the amount they actually collect. In percentage terms this has been falling in recent years with the gap at 8.5% in 2005/06 and at 6.8% for 2012/2013, equating to £34bn for 2012/2013. The tax gap is comprised of amounts estimated to not have been collected because of tax avoidance, tax debt or tax evasion, with evasion estimated to have increased significantly in the last tax year.

The Public and Commercial Services Union (PCS) recently estimated the tax gap for 2013/14 in real terms to be £119.4bn with £80bn of that arising from tax evasion. However, HMRC disagree with these estimates and give their own estimate of the tax gap for 2013/2014 as the significantly lower figure of £35bn. The method HMRC use for calculating their figure is endorsed by the IMF and similar to methods used by other countries. However, it is widely recognised that the tax gap is difficult to measure because there are many sources of uncertainty and error. The calculation method is also limited to what tax can be collected under present tax laws and not what could be collected if the tax laws were changed.

“Tax evasion is illegal activity, where registered individuals or businesses deliberately omit, conceal or misrepresent information so they can reduce their tax liabilities.”

And tax avoidance as:

“Avoidance is exploiting the tax rules to gain a tax advantage that Parliament never intended. It often involves contrived, artificial transactions that serve little or no commercial purpose other than to produce a tax advantage. It involves operating within the letter, but not the spirit of the law.

It does not include international tax arrangements such as base erosion and profit shifting (BEPS). Measures for tackling this are overseen by the Organisation for Economic Co-operation and Development (OECD). The OECD defines BEPS as tax planning strategies that exploit gaps and mismatches in tax rules to make profits disappear for tax purposes or to shift profits to locations where there is little or no real activity, but the taxes are low resulting in little or no overall corporate tax being paid.

Tax avoidance is morally wrong but the tax authorities have managed to reduce it significantly and it is tax evasion that remains a problem and has resulted in the tax gap rising for the first time in 9 years. The Chartered Institute of Taxation (CIOT) notes that a total of £15.4bn is lost from the UK economy as a result of illegal activity; that’s nearly 5 times the £3.1bn lost via tax avoidance. The CIOT believes HMRC need to focus their attention more on preventing tax evasion. However, HMRC point out that they carried out 2,345 prosecutions for tax evasion between 2011-2013, including prosecutions of high-profile accountants and lawyers.

Although the tax gap in the UK is a significant amount it is still considerably lower than in countries like Italy and even the US. According to HMRC the vast majority of UK tax payers pay what they owe with over 90 per cent of tax liabilities collected and HMRC steadily improving their collection rate.

And, whilst the news tends to concentrate on the high-profile multi-nationals and their tax avoidance tactics, data from HMRC (above) reveal that the vast majority of the tax gap arises from either VAT on tobacco and alcohol, or Income Tax, National Insurance Contributions and Capital Gains Tax (IT, NICs and CGT), which includes lost tax from the hidden economy.