Ed Balls, the Shadow Chancellor of the Exchequer, recently gave a speech to the Labour Party Conference in Manchester about how a Labour government would tackle the economy.

As part of his tax priorities, some of the actions he talked about included:

However, Michael Izza, CEO of the Institute of Chartered Accountants in England and Wales (ICAEW), criticised the shadow chancellor’s speech for lacking detail. He did not, for instance explain how a Labour government would fund some of the changes, such as the minimum wage increase. 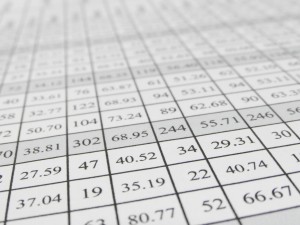 However, cutting business rates would clearly address the issue of exports from British businesses not currently doing as well as they could and the shadow chancellor’s commitment to deficit reduction was welcomed by the CBI. The speech was not only pro-exports but also pro-European so the speech did much to address Labour’s “anti-business” image. However, criticism was levied at Labour for their pledge to re-introduce a top rate tax of 50 per cent.

The main aim of the speech was to convince voters that Labour could successfully handle the economy, something they are struggling to prove since the economy has started to grow again under the Conservatives. This appears to be a toughening up of the shadow chancellor’s stance on deficit reduction in order to make their spending and tax priorities more palatable to the electorate.